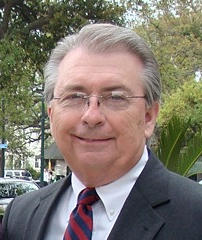 It is unlikely than any of the more than 800 chamber executives in attendance at the American Chamber of Commerce Executives (ACCE) convention in Oklahoma City on July 23-26 left without hearing about the good work of Market Street Services and our client communities.
Market Street is a sponsor of the annual conference and an exhibitor; company principals, team members and clients presented at four sessions, and we sponsored and hosted the CCE (Certified Chamber Executives) Breakfast.
Here is a brief summary of our sessions.
Talent War 2.0—Transition Planning
Principal and Director of Operations Kathy Young and Project Manager Christa Tinsley Spaht presented charts and data on the present and future of the American workforce and asked the question, “Does your organization and its leadership reflect the changing demographics of your community?”
Anna Buckalew (Montgomery, Ala.) and Ryan Mooney (Springfield, Mo.) – both chambers are Market Street clients – presented examples of programs and initiatives designed to embrace diversity and build leadership capacity. Best-practice programs include Montgomery’s Diversity Summit and Springfield’s Young Professional Work Crews that annually tackle a project identified in the Chamber’s strategic plan.
Economic Development Metrics
CEO and Founder Mac Holladay led a session on measuring economic and community development success and suggested that it’s about more than jobs and capital investment.

Holladay said core indicators for today’s strategies include a range of quantifiable measures in four categories—demographics, talent and workforce, economic prosperity, and quality of place.

Jay Byers (Des Moines, Iowa) and Duane O’Neill (Jackson, Miss.) shared tracking tools they use to measure results toward their goals.
The Des Moines Capital Crossroads Benchmarks and Milestones report shows results at-a-glance and a video was produced to highlight key results for the first-year celebration event. And the Jackson Chamber Partnership has quantifiable benchmarks for each of the initiatives in its One Region, One Vision, One Voice plan. Market Street supported both organizations in the development of their plans.
Economic Development and Membership Collaboration
I facilitated a session designed to identify opportunities for collaboration between the two most important programs most successful chambers have (revenue and economic development) with the Springfield (Mo.) Chamber executives from those two departments.
Brent McCoy said his staff and volunteers are now selling “the big picture” instead of immediate benefits, and Ryan Mooney said the result is that members better understand and support the Chamber’s Priority Goals—Developing Our Talent; Growing Our Economy; Enhancing Our Community; and Challenging Our Perceptions. Springfield is a Market Street client.

State Level Public Private Partnerships
Mac Holladay, the only person to head three state economic development programs, reported on changes—some good, some not so good—taking place in Arizona, Florida, Indiana, Missouri, North Carolina and Wisconsin.
Arizona replaced its Department of Commerce with the new Commerce Authority in 2011 and appropriated $31.5 million for the agency in 2012; Florida’s Enterprise Florida partnership has seen private-sector financial support decline from 50% in 1992 to just 8% in 2012; the Indiana Legislature has required the Indiana Economic Development Corporation be more transparent including reporting on actual jobs created and making incentive contracts public more quickly;
Missouri economic development partnership has been successful under several governors but funding has declined since 2007; North Carolina‘s Department of Commerce is giving way to a nonprofit corporation for economic development but it will be headed by the governor and the state’s regional partnerships will lose state funding; and Wisconsin’s Economic Development Corporation, founded in 2011, is under fire for failing to track money awarded for projects and giving incentives to ineligible recipients.
Outlook for the Profession
The future for chambers of commerce and economic development organizations looks good based on the people we talked to. Our client communities are doing well and are advocates for the work we do. We have a positive outlook on the future and are beginning some exciting new work this month and over the balance of 2013.