As I rehash memories from the recent Independence Day holiday I start to think about the fireworks that were viewed, the food that was consumed, our freedom (of course), and beer. Why beer? Beer has long been the national choice of alcoholic beverage consumed on Independence Day. It’s the epitome of summer, relaxation, and gatherings so it’s no wonder why it’s highly consumed during this time of year.

When beer is mentioned it’s really hard to not think about the craft beer boom that’s happening right now. The Census just released a statement (right before Independence Day, mind you) stating that U.S. breweries more than doubled between 2007 and 2012 and shipments increased more than 33.6%! It’s hard not to notice this upsurge in the craft beer/microbrewery movement. Now you’re increasingly likely to see a craft brew from in-state or a neighboring state being gulped in a restaurant or bar rather than just beer distributed from Anheuser-Busch. There’s no data supporting evidence of the reasons behind this switch but one can assume that it has to do with flavor, first and foremost. Another reason could be that consumers and craft brewers alike are devoted to local identity. They want to create or consume something unique that identifies with a specific location – not something that tastes the same all over the world.

According to the Brewers Association, to be classified as a “craft brewery” you must not distribute more than 6 million barrels of beer each year, more than 25% of your company cannot be owned by one of the major beer suppliers (Anheuser-Busch, Miller-Coors, etc.), and you must have a traditional or innovative way to brew your beer – circling back to local identity. The Brewers Association has a great tool on their website that analyzes each state’s economic impact and numbers of breweries. It also allows you to search breweries by state and look up state laws for those who want to open their own brewery. California takes the top spot with 381 breweries and an economic impact of $4.7 billion per year in the state and, in last place, Mississippi which has 4 breweries with a shockingly moderate economic impact of $149.5 million per year.

I’m excited to report that local cities and counties are taking notice and jumping in on the opportunity as well. Of course in “Beer City” A.K.A. Asheville, N.C., the Asheville-Buncombe County Economic Development Coalition fully embraces the fact that Asheville has more breweries per capita than any other city. They point out their distinct qualities geared toward the brewing process such as clean water, booming downtown, and its progressiveness. All of these are important aspects for relocating or growing your brewing business. These factors won over New Belgium Brewing Company who just started a second brewery in Asheville. What’s more enticing about this, the company worked with the state of North Carolina to put their brewery in a brownfield that needed remediating and may act as a catalyst for other business to build up the area.

On the other coast where wine dominates, the Economic Development Board in Sonoma County has developed an in-depth mapping system to navigate the County’s growing craft beer production. In Sonoma County alone there are 21 breweries that generate around $123 million per year. Even my home city in Pinellas County, Florida has experienced a boom in the craft beer movement – which is thoroughly exciting for me to witness the positive changes happening there. The St. Petersburg-Clearwater CVB has created a craft beer trail to point out all the craft breweries in the county – this will be happening in my near future.

To help sustain this positive sector growth, universities are jumping in and developing courses to educate those that are interested in learning and making a career in the industry. In 2013 Portland State University created an online course called “Business of Craft Brewing” which focuses on the vital business skills required to run a successful brewery. This is important for the mere fact that if you have a passion for the craft and want to start a business, obtaining a niche business education would increase your chances of success. Another college jumping in to handle demand and compete with Portland, Clark College in Vancouver, Canada is hoping to open the Clark College Center for Restaurant and Fermentation Sciences which will train students in the growing restaurant and brewing industry.

It’s refreshing to see cities and counties take advantage of what’s being offered even if, for now, it seems a little unconventional. It’s new and exciting to the consumer and is only trending upward. 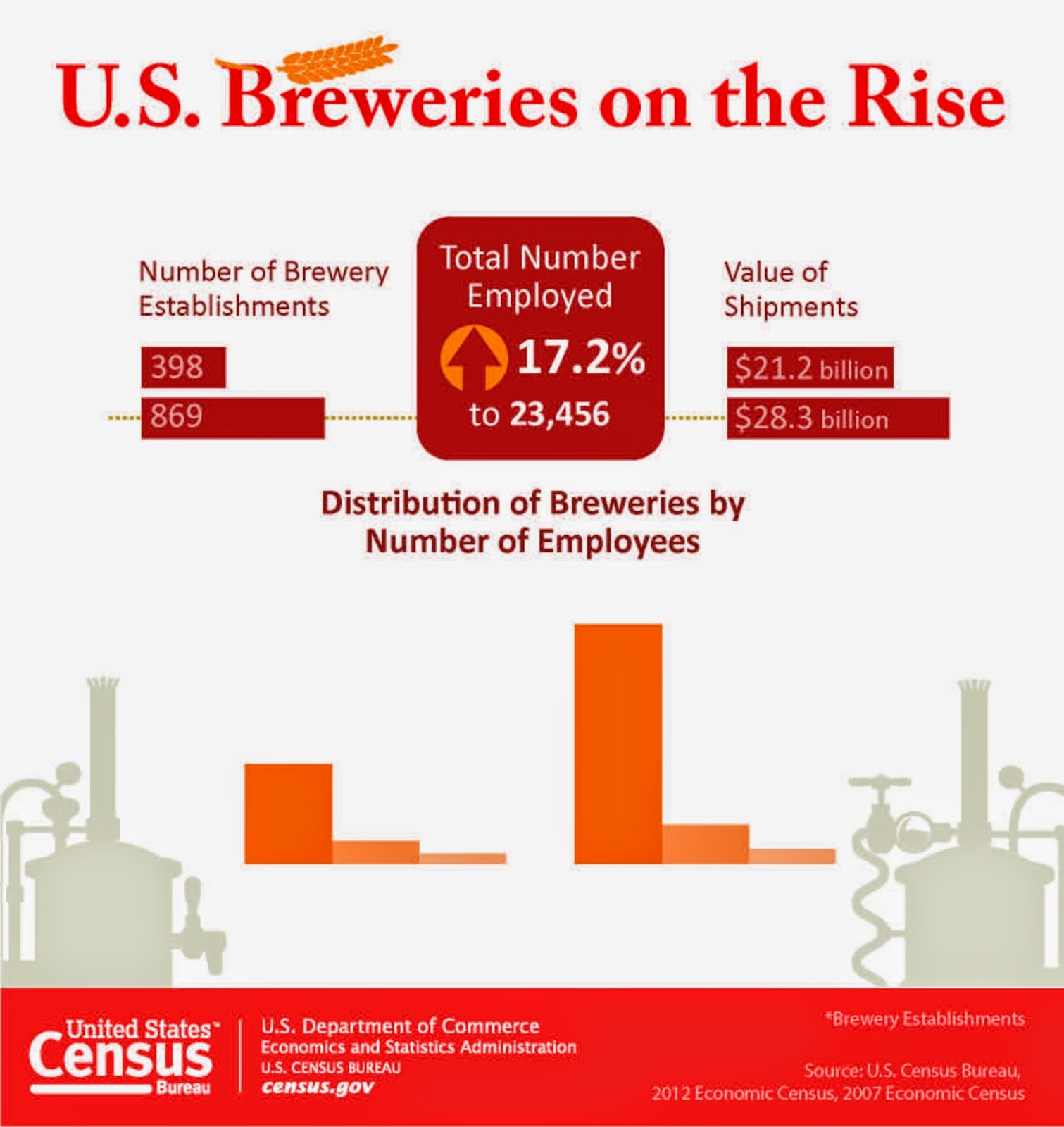