Immigration as a Growth Strategy 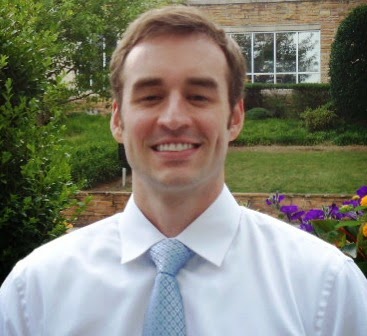 Immigration reform was set to be a hotly debated political topic again this year, but it now looks like meaningful legislation is unlikely to materialize. Ignoring the political theatrics of the topic for a minute, it’s worth considering the role that immigrants play in a community through the lens of community and economic development. Immigrants make significant social, cultural, political, and economic contributions to the United States that, in my opinion, are underappreciated thanks to common misconceptions about the immigrant population. Did you know that according to the U.S. Census Bureau’s 2013 American Community Survey, 28.2% of foreign-born adults ages 25 years and over in the United States have a Bachelor’s degree or higher? This educational attainment rate is not far off from the 30.0% rate for native-born U.S. citizens. The foreign-born population also boasts a lower rate of unemployment and a higher labor force participation rate than their native-born peers in the United States. Immigrants with low-skills pursue low-skill occupations that complement their existing skillset, and thus, they fill critical occupational gaps in the economy that are less sought after by native-born workers. Immigrants are also well-represented in skilled occupations, especially in research and development fields that have far-reaching global impacts. In 2013, immigrants were more concentrated in high-skill occupations related to computers, mathematics, architecture, engineering, and life and physical sciences than native-born U.S. workers.[1]

Communities across the country, especially those dealing with dwindling populations, are recognizing the benefits that immigrants bring to their communities. Below are just some of the communities that are rolling out the welcome mat and incorporating immigrant-friendly policies into their broader growth strategies.

Detroit, MI: Global Detroit is a non-profit organization funded in part by the Detroit Regional Chamber of Commerce that identifies and implements initiatives that make the City of Detroit a more welcoming place for immigrants. Some of these initiatives include; an online database that allows immigrants to search for local providers of immigrant integration services, and an entrepreneurship training and development program that focuses on tapping into entrepreneurial talent in low-income, minority, and immigrant neighborhoods. Global Detroit was birthed out of a 2010 study that documented the tremendous impact that immigrants have on the Detroit community. This study made a series of strategic recommendations to make Detroit more immigrant-friendly, and as of 2014, over $7 million has been raised to put these recommendations into action.

Dayton, OH: Dayton was highlighted in a TIME magazine article last year as being perhaps the gold standard of immigrant-friendly communities. The Welcome Dayton Plan is a community plan that was unanimously adopted by the city commission in 2011 to fully brand Dayton as an “immigrant-friendly city.” The plan resulted in numerous proactive measures to make the city more immigrant-friendly. These measures range from a directive by the local Police Chief to be more lenient in checking the immigration status of witnesses of crimes or those suspected of minor criminal offenses, to embracing the World Cup-esque Dayton World Soccer Games that is enjoyed by 600+ Daytonian children and adults from all corners of the world. As a result, Dayton’s immigrant population grew by 40% from 2011 to 2012 alone, and the city received special recognition from the U.S. Chamber of Commerce for being one of seven “Enterprising Cities” for the support systems they put in place for immigrant entrepreneurs.

Sioux Falls, SD: The state of South Dakota experiences approximately 500 refugee arrivals every year, and the Lutheran Social Services Center for New Americas helps to resettle the vast majority in Sioux Falls (389 in 2013).[2] In addition to the LSS Center for New Americas, the Sioux Falls Diversity Council, the Multi-Cultural Center of Sioux Falls, and the Sioux Falls Arts Council also provide important support services and outreach to immigrants. The Sioux Falls Arts Council’s newest cultural plan includes strategies to engage the immigrant community by harnessing the cultural influences they bring to Sioux Falls. These community organizations are symbolic of the broader community’s support for their new residents. This sentiment was echoed in a recent article in which Mayor Mike Huether stated, “Right now, we truly are embracing diversity in Sioux Falls at an all new level. We are reaping the rewards that come with it.”[3]

As you can see, whether it’s discouraging police harassment, fostering immigrant social networks, supporting immigrant entrepreneurs, or embracing the power of the game of soccer, communities across the country are getting creative in how they incorporate immigrants into their long-term community goals. Visit Welcoming America to learn more about some of these communities and others that are leading local efforts to embrace immigration as a growth strategy. This national grassroots organization partners with cities and counties across the country to share resources and best practices on supporting local immigration growth.

Immigrants come to the United States because they see an opportunity to improve their own lives and those of their families. Forward-thinking communities are starting to view these immigrants in similarly opportunistic terms, and kudos to them for doing so.