By Stephanie Allen, Project Assistant
For decades, economic development was traditionally concerned with creating jobs, and that perspective still influences some of the key decisions being made. What the new jobs pay and what sort of lifestyle they afford has not often been a big topic of discussion. We sometimes see communities that tie incentives to the number of “high paying” jobs created, but what we haven’t seen much of are communities concerned with creating jobs that pay a living wage for all. For a long time, economic developers have taken the approach that a rising tide lifts all boats.


But according to Brookings this hasn’t been the case in the recovery from the Great Recession: “growth in metro economies [from 2009 to 2014] did not reliably improve all residents’ economic fortunes.”


The further stratification of the lower and upper classes and the disappearance of the middle class in the wake of the Great Recession have more than a few economic developers rethinking their approach.


The new report from Brookings’ MetroMonitor suggests that looking at indicators such as the change in median wages, the change in the relative income poverty rate, and the change in the employment rate can give us a better picture of how an entire community is faring economically. And, we can see from the tables below, that the communities with high rankings for growth and prosperity are not necessarily the ones that rank highly on measures of inclusion. 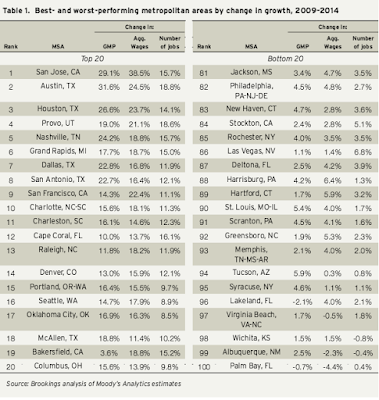 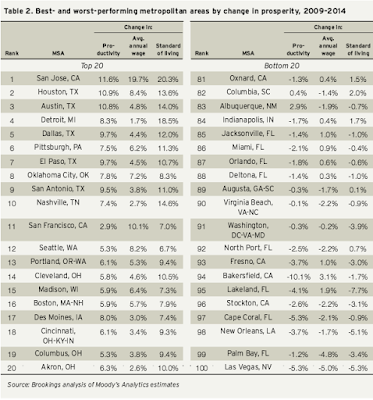 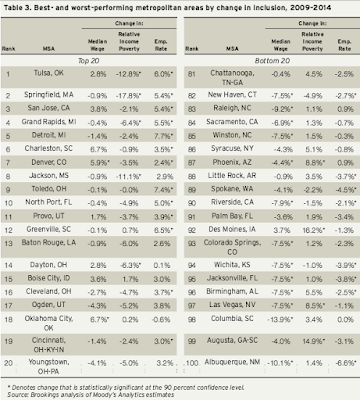 Raising all boats isn’t just about attracting high-paying jobs. So, how do we create wealth and prosperity for everyone? 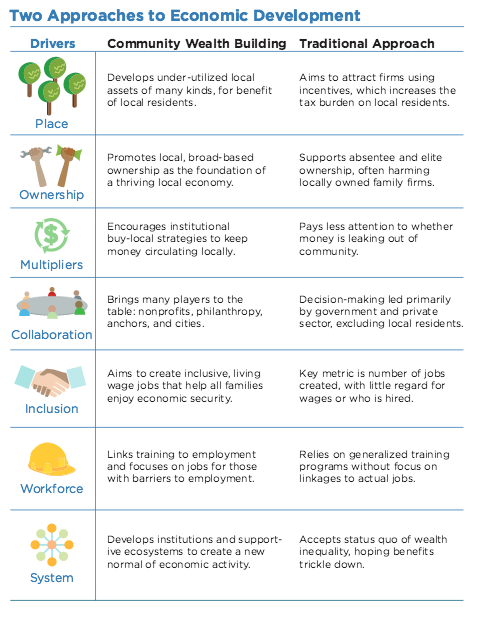 Some economic developers (e.g., CenterState Corporation for Economic Opportunity) are realizing that's our best shot at long-term economic stability. Traditional approaches, it seems, are lifting some boats but leaving others to run aground. So, if what we really want is to build long-term wealth and prosperity for our communities, it’s time to reevaluate our strategy.

Posted by Market Street Services at 6:00 AM